This Sliding Bar can be switched on or off in theme options, and can take any widget you throw at it or even fill it with your custom HTML Code. Its perfect for grabbing the attention of your viewers. Choose between 1, 2, 3 or 4 columns, set the background color, widget divider color, activate transparency, a top border or fully disable it on desktop and mobile.
Toggle SlidingBar Area
Moray B. King to Present at the 2016 Energy Conference 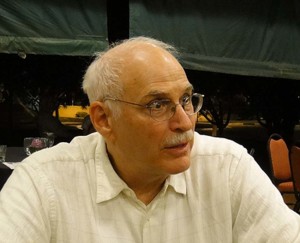 We’re honored to have Mr. King deliver our opening presentation this year. He is one of the most well-known experts in the “Free Energy” field and has been a champion for the cause for many years. He has authored multiple books on zero-point energy and is a keynote speaker at many energy conferences around the country.

At the 2016 Energy Science & Technology Conference, he will be presenting: FROM NANOBUBBLES TO BALL LIGHTNING: AN OVERVIEW OF NEW ENERGY POSSIBILITIES (90 min)

Here is a description of his presentation – Both the standard scientific community and esoteric researchers recognize that the fabric of pure empty space is not a void, but rather an energetic substrate known by various names: aether, prana, chi, zero-point energy (ZPE), vacuum fluctuations, etc. There is controversy over the notion whether it can be tapped as an energy source. Within standard physics, the leading experts in zero-point energy theory admit that it is an open question which can only be resolved by experiment.

Numerous plasma experiments have been performed that manifest energy anomalies especially under the conditions of abrupt plasma discharge. High speed photography has captured evidence that the anomalies are associated with ball lightning formation. Ken Shoulders dedicated his career to studying a microscopic form of ball lightning that he name “electrum validum” (EV) and later “exotic vacuum object” (EVO) when he became convinced that their excess energy was sourced from the zero-point vacuum energy. Their structure is a circulating vortex ring of plasma ions and electrons, known as a “plasmoid.” Shoulders observed that an EVO could self-accelerate to about a tenth of the speed of light, a phenomena he called “self-propulsion.”

Creating an EVO circulating vortex ring of plasma requires that the plasma discharge form around a micron size, spherical blob of liquid metal. The discharge causes the blob to dimple into a torus form, creating the vortex ring all at once. A liquid metal blob is not the only spherical “template” that could guide EVO formation, a small water bubble or droplet could do likewise if it were stable enough to withstand the plasma discharge and dimple instead of flying apart.

The recent revolution in nanobubble technology has proved that nanometer scaled bubbles in water are surprisingly stable. Researchers in Japan appear to be leading the discoveries with most projects focused on making nanobubbles of oxygen in water for health benefits as well as environment reclamation. Laser backscatter and tracking techniques are used to measure the size and longevity of the bubbles. Most projects use cavitating pumps and vortex action to produce the bubbles, but some inventors have developed carbon ceramic nozzles to produce them much more cheaply.

Ryushin Omasa has invented a water electrolyzer that makes hydrogen nanobubbles by cavitating the electrolysis water with vibrating blades. The hydrogen is cocooned in the bubbles, and they naturally rise out of the electrolyzer. The nanobubble gas can run an internal combustion engine with surprising power manifested. Simple hydrogen combustion does not explain the excess energy. However, if the nanobubbles converted into nanoscopic ball lightning from the spark plug plasma, their self-acceleration would propel the piston with anomalously large force. Here, a simple new energy possibility arises for inventors: In the combustion chamber, just convert water mist containing abundant nanobubbles of any gas (even air) into nanometer ball lightning via a high voltage, capacitor discharge spark. The result gives the illusion that water is a “fuel” driving the engine when in actuality it is the nanoscopic ball lightning cohering the zero-point energy.

There are other presenters that have been added to the list D.S.W. and R.H. – we will announce their names and talks soon.

Already, more than half the seats are taken and there are 5 months until the conference – register now while you still have a chance to come spend the weekend with the pioneers of the modern day breakthrough energy movement. https://energyscienceconference.com/registration-cost/